As September 11th approaches and we are busy getting our outfits together for “Join The Sparkle Army” in Berlin- I want to share the inspiration for many of my own outfits: Larry LeGaspi.

Larry LeGaspi was an American clothing designer who was light years ahead of his time- so much so, that his first store in NYC was not a success at all.  It was called Moonstone and back in 1973, people were not ready for his futuristic concept. According to “Disco Chic: All the Styles,Steps and Places to Go”, the store was “decorated like the surface of the moon, with a silvery moonscaped floor and twinkling stars overhead”.  While it sounds like a dream to you and I, at this point in time, Star Wars had not come out yet and people basically didn’t get it.  After the store closed, he had DAZZLING SUCCESS designing costumes for legendaries such as KISS, LaBelle, Divine, Funkadelic and disco lovely Asha Puthli. Thankfully, by 1978, both the disco scene and LeGaspi’s business as a designer took off, as people were finally ready to wear gold lame, winged shoulders and metallic spandex.

color photos & quote from “Disco Chic: All the Styles,Steps and Places to Go” by Brian Sherratt and Nalani M. Leong

I realize that Botique is spelled incorrectly, however, it’s the only thing I remember about the store where I spotted SPARKLE SHOES GALORE! There is no way to encounter this kind of RHINESTONE ONLSAUGHT and come away with your faculties in order!  I’m still a bit dizzy from the experience and don’t even remember what street it’s on so you’ll have to find this place yourself- “Something” Botique on East 11th Street.. maybe East 10? Wherever it is- it’s APPROVED!

Don’t let the title of this post deceive you, there is nothing “OK” about today’s Sparkle Video- it’s PURE FUNK MADNESS! From the very beginning, American Gipsy starts forcing their mantra “I’m OK, You’re OK, We’re OK!” onto your soul.  There’s no intro, no build up- just FULL ENERGY ATTACK and that’s the way I like it. They’ve also covered everything when it comes to outfits: sparkle vests, space capes, metallic boots, white lady in cornrows and classic disco jumpsuit- this video has it all!

Better than coffee, I am starting my day robot dancing to Den Haan’s “Release the Beast”. Dazzling bits of Moroder mixed with trashy computer sounds is a match made in Disco Heaven and we can all relate to the lyrics.  They’re about working hard all week long and looking forward to getting SPARKLED UP and heading straight to the dance floor to RELEASE THAT DISCO BEAST INSIDE US!

Okay, so I added the Sparkle part, but they do mention putting on makeup, so it’s a natural assumption. Besides-  it will all be true on September 11, when Den Haan plays LIVE at the Join The Sparkle Army at Monster Ronson’s in Berlin.  I’m so excited!

This is like crack for the hopelessly SPARKLE ADDICTED! Let’s skip over the song, as I prefer to shut off the volume and replace it with the glorious sound of The Trammps “Disco Inferno”.  Luv’s video is all about the outfits- they are so nonsensically fabulous in a medieval cheerleader/Judas Priest sorta way. The fleshy bodysuit that only suggests nudity combined with Heavy Metal studded shoulder pads and wrist cuffs proves that sometimes, being all over the place really does work!

The other thing that makes today’s Sparkle Video special is that instead of using the 4 point STARFILTER commonly used in the 70’s- this show went FULL KABLAM with 8 points and the results are BEYOND!  Those sequins are twinkling like magic nonstop and it’s making me want to write the President demanding that this effect becomes a national mandate… who’s with me?

Normally I’d wait until Friday to post a video as sparkling this one- but I just couldn’t!  Not just because of it’s GLITTERING FABULOSITIES, but also because it’s his birthday. Yup- featuring our favorite lovable nutter Monster Ronson as the SPARKLY SPACEMAN, this promo ad for “Join The Sparkle Army” on September 11 will overcome you with Sparkle Madness!

How much fun is this Shulton cologne ad?  The sleek look of Satin is something we’ve forgotton about in modern times, but it was everywhere in 1978 and this couple is at the height of Disco Fashion! There is nothing the Advertising Creatives didn’t include in this image- flashing lights, roller skates, billowing smoke… oh except that the fragrance is called “Blue Jeans” and no ones wearing any- but hey- it was the 70’s. You certainly can’t expect people to stay up all night SPARKLING AT THE DISCO and then write things that make sense.  How do I know this?  Printed in the lower left hand corner is “Photographed at New York, New York Discotheque”… you do the math.

By the way- New York, New York is one of the lesser talked about clubs from NYC’s disco heyday and during my research, I located this FAB photo of the club in real action- SUPERB!  This discovery has inspired me to include a new blog category in the future, so now you can look forward to more posts about historic clubs along with other random things I find fascinating. KABLAM! 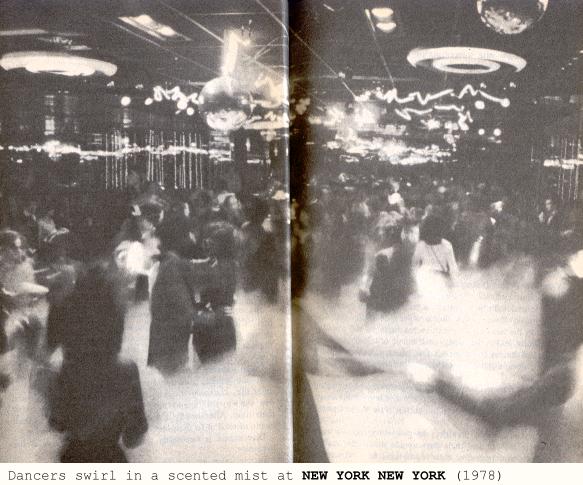 (photocredit : I currently do not know the source of this photo, but once I locate it, will credit it properly- apologies for now!)

Donna Summer needs absolutely no introduction!  In today’s Sparkle Video she is the definition of Disco Beauty and takes hold of the stage in an EGYPTIAN SPARKLE CATSUIT ensemble that is on fire– especially when she starts to boogie down making use of the right arm flowing fabric/cuff moment! KUDOS!!!!!

Truth be told, it’s rare to find video of Ms. Summers performing in a Sparkle Outfit and I am unsure why. There must be a logical reason because I refuse to believe that she just didn’t like them. No matter, she’ll always be my Queen. Thankfully, I think the Midnight Special had a mandate that all performers wear sparkles so they could make use of their fabulous STARFILTERS! Thank you Midnight Special!

Sephora’s dark green eyeshadow with gobs of blue and yellow sparkles is sick,sick, SICK!  I recently bought it during my SPARKLE SHOPPING SPREE and am completely smitten- tore it open the moment I got home, rimmed my eyes like an 80’s Joan Jett and went out to party! 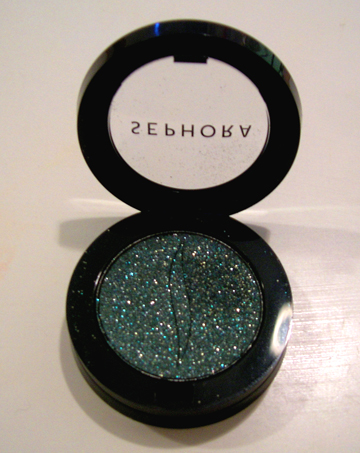 Today’s Sparkle Video defies logic. How can so many things that don’t make sense turn out so DIY KABLAM!?  My first thoughts: the song… why? Snoopy… why? Was Musikladen shot in someone’s basement? Why did one woman take off her heels?

I forget all those kooky mismatched ideas when I look at this duo of SUPER HOT DISCO LADIES who are rocking the show-stopping look I like to call “DANCING SCHOOL FABULOUS”.  Sequin Outfits with matching Sparkle Cuffs will never die, and throwing in hot pink feather boas: priceless!

Truth is, this video reminds me of those crazy after hours karaoke moments when everyone is feeling sassy and the costumes come out..  you know the scene.