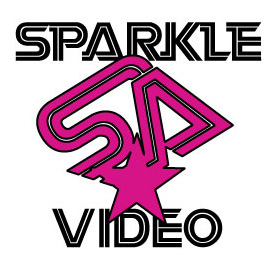 I have a confession to make and it’s that I’m fascinated by tribute bands and my goal for the future is to see as many as possible so I can critque them against their subject.  However, because of my new hobby,  I’ve engaged in many colorful beer infused debates over what makes one a tribute band instead of merely a cover band.  The golden rule is:  in order to qualify as a tribute band you have to deliver THE FULL SHOW- as in everything.  To further illustrate my point and give a superb example of exactly how this art form should be done is two Sparkle Videos, both performances of “Galactica”.

In the first video from 1980, The Rockets deliver a dazzling stage show that begins with a fabulous entrance from the singer who, laser in hand while he exits his space-pod, marches robot syle onto a stage filled with gobs of smoke and laser beams.

The second video is from The Universal Band with their show and doing steller job if you ask me.  Costumes, makeup, attitude and effects are all in place and the singer has truly captured the vocal inflections of his idol.  The only thing that’s really missing is the pod entrance and his silver cape, but really- who would notice?  Besides, I’m sure they’re working on adding these details to their show, but even still, they get a “Tribute Band A++”.